It's only a few years since 'Cloud', 'Big Data' and 'Mobile' became the bright, shiny things. Now they're mainstream with most major technology vendors trumpeting their market leadership or targeted dominance in one area or another. Customers are now focusing their IT spend in these new area's, referred to by IDC as the 3rd Platform. 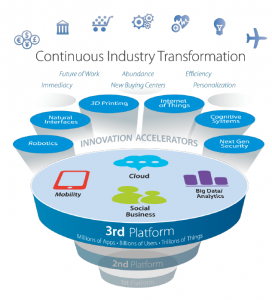 This acceptance of technological innovation is great news because as like any change, it creates opportunity. However with mass acceptance comes the challenges of increased competition and growing customer expectations.

For service providers there are two major risks:

Irrespective of your current position, as a service provider you need to be thinking about your Innovation Strategy and how you are going to continue to be a Disruptor. Register now for the rhipe Cloud Summit: https://rhipe.co.jp/cloud-channel-summit-2016/

"Willingness to change is a strength, even if it means plunging part of the company into total confusion for a while".